7 a.m. in downtown Munich: the streets are packed with slow-moving traffic. I'm stuck in the middle of the morning rush hour. The traffic light turns green again. Things are progressing slowly. I accelerate to pass the light while it’s still green. Further down the road, I see a traffic light that has been green for a long time – too long. I put my foot down a little bit more, but then the traffic light suddenly turns amber and then red. I have to brake a bit harder and stop.

This situation will certainly sound familiar to many. Sometimes you can surf a wave of green lights and sometimes you can't. If you knew in advance when a traffic light would turn red or green you could arrive at your destination much more relaxed and have got there in a much more efficient manner. It’s this technology that Audi is developing with its subsidiary AEV and with the support of PSW: it’s called Audi connect, an online traffic light info system.

The first available function is called “Time-to-Green”. In the Audi virtual cockpit or head-up display, the driver can see whether he is going to reach the next traffic light while it is still green within the permitted speed. If this is not the case, a display counts down the time until the next green phase – and the driver can take his foot off the accelerator and coast to the lights. Pilot projects in Europe have shown that, thanks to the information about traffic light status, driver behaviour is more far-sighted, which has a positive overall effect on traffic flow and reduces fuel consumption.

“PSW experts support Audi and AEV in developing the Audi connect online traffic light information system by contributing their expertise in module development and functional assurance. One of these experts is Dr. Christian Steen. He has been involved in the project since 2011 and witnessed the beginnings in the USA: “Audi and AEV presented the technology for the first time at CES 2014 in Las Vegas,” explains the software developer. “Before the fair started, I was there with the AEV project manager and together we prepared the vehicles for the fair. The presentation was a complete success and Las Vegas became the first city to use the Audi connect system.”

“When route navigation is activated, the module has to make a forecast.”
Dr. Christian Steen

Christian is responsible for module development at PSW. He writes the program that shows the driver the necessary information on the display: which traffic light is relevant for the driver? How long does the green phase last? What speed is necessary so that the driver can pass the traffic light while it is still green?

First, Christian developed the various module algorithms over a period of several months. A major challenge here was the fact that there are many different types of intersections and the algorithm has to be able to map each of them. “When the driver approaches a simple intersection and indicates left, it is clear that the traffic lights to turn left are the ones displayed to him in the vehice,” says Christian. “But there are also more complicated variants, for example multiple-road intersections. The module has to make a forecast as to which of the left-turn traffic lights is relevant for the driver. This is a complex development task.”

In order to be able to provide the driver with this information, Christian implements various interfaces in the module. The module receives the data from the vehicle system, for example vehicle position or speed via an interface. In addition, the module is connected to the internet to query the current traffic light phases. On the basis of this data, the algorithm calculates the information displayed.

Tobias Zimmermann is also part of the PSW team developing the online Audi connect system. The electrical engineering graduate is responsible for function validation. “In the US, thousands of traffic lights interact with technology,” he says. “On average, each traffic light has around 40 to 50 crossings a day. This quickly generates large amounts of data that we have to evaluate to ensure forecast quality.”

Here, Tobias checks whether the forecasts made by the online Audi connect traffic light system match the actual traffic lights displayed. For this analysis, Tobias works with the GPS positions of the vehicles, the time when vehicles cross the intersection and the forecast for which traffic light is being displayed. To ensure that the data is evaluated as quickly and efficiently as possible, the system Tobias works with evaluates the data using previously set criteria. In addition, he and his colleagues are working on further automating the evaluation process.

“It’s great to be able to contribute to the development of the online Audi connect system”, says Tobias. “When the technology is rolled out area-wide, we will have taken an important step towards autonomous driving.” 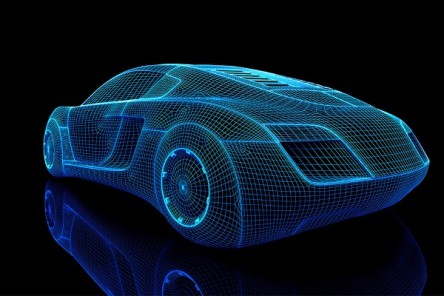 This website uses cookies to improve the user experience and to provide certain services and functions to users. Learn more